As a watcher of all things English (the language, not the people, though Pippa is pretty cute) I’ve picked out a few strange verbs popping up in our daily vernacular.

I’m not talking about fantasy verbs created from artifacts of the language… you know, the George Carlin kinds of things like:

I’m talking about verbs that well-meaning people are creating every day.

How about “google“? The little search engine that could has become so pervasive that we now use it as a verb in all tenses, and as a noun we only capitalize it when we explicitly mean The Company.

Then there are the verbs that just don’t sound right. For example, someone under NSA surveillance (that is everyone, apparently) is being surveyed, right? Or watched, supervised, violated.

So why do people keep saying they are being “surveilled“?

Well actually, surveil is in Webster’s dictionary, which surprised the heck outta me. Spellcheckers don’t like it though, so I feel vindicated. It still sounds bogus to me.

Here’s a better example. Someone who serves drinks at a bar “tends the bar”, meaning to take care of it. With use, this term was shortened to “tending bar”, and even “tend bar”. The person who performed this activity became a “bartender”, at least in North America.

The natural progression, of course, was to shorten the noun to create a verb. So now, a bartender bartends.

I find that kind of full-circle-etymology interesting.

How about a pair of fraternal twins: lase and tase.

The verb “lase” of course comes from “laser“. It is more correctly spelled LASER, but the acronym was used so often it became a word, like “radar” and “snafu”.

Most people don’t realize these are actually acronyms. In fact, people often spell “laser” with a ‘z’, which is cleverly inventing two new words at the same time: “lazer” and “ztimulated”.

By the way, SNAFU should not be used in polite company. Like Sarah Palin’s use of “WTF”. Does she think kids don’t know what that means?

Anyway, when Jack Cover developed a weapon to deliver electric shocks at a distance, he called it a Taser. He says he named it after an electric rifle developed by his childhood hero Tom Swift, but the fact it rhymes with “laser” is certainly not coincidental.

So naturally people shortened that noun too.

Thus a laser lases and a taser tases.

That’s all cute and logical. It fills a need. What bothers me is when people use more complicated words than necessary.

So why explicate when you can just explain?

Same thing with “orientate“. It means the same thing as “orient”. Why add the extra syllable?

One extra syllable, heck — let’s try for three.  The perfectly good word “instant” has been elbowed out by “instantaneous“.  See my earlier rant on that.

What’s next? Configurate instead of configure? Actually, I have already heard that.

Well then, to stand up is to perpendiculate. To treat something with fire retardant is to noninflammabalize. To speak in superfluous syllables is exhaustifying.

It’s time to cessate before I nonsense. Here, ladies and gents, is my favorite new verb:

I’m sure you will agree that our kids spend waaay too much time on video games. We are evolving into a species of button-mashing troglodytes, with swollen thumbs and hunched backs, our pale liver-spotted skins crisping under the forgotten rays of the sun.

Well, any video game that pits one tiny troglodyte against another starts with a flashy title screen that says, “Grim-faced yin-yang monster vs. babe with overpixellated breasts” or something like that. 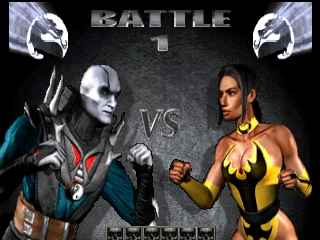 Kids quickly learn that vs. means “versus“, which is good. But then they start using it as a shortcut. The first time my son said to me, “C’mon, Dad, let’s versus,” I fell out of my chair. At least, I think I was sitting. I know I hit my head on something.

So “versus” has become a verb, thanks to video games.

It will certainly catch on in the Middle East, where they versus all the time. Gives new meaning to “The Satanic Versus”.

Everyone, please, before you decide to verbalize a noun, stop and ask yourself: would Pippa approve?

I’m sure the answer, in all cases, is no.

A Library of Literary Interestingness

An electric journal of a castaway

Musings of a hard working writer.

Photographs from my world.

The Song of the Week Blog

Service Industry Stories and More Since 2012